archive release:
Here dug up from the vaults is an ultra lofi 30 minutes of improvisation from a large collective ensemble (now defunct) known as BE A RICHER MAN. this album is slow, reverberating, drony, ambient,+some will find it a joy to listen to. these tracks were recorded on lecture recorders in a living room several years ago + converted to megabytes very recently. 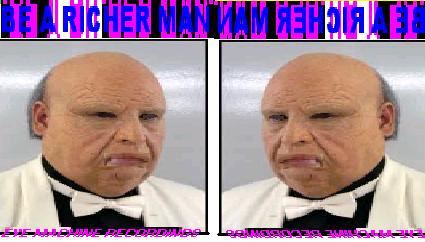 
Listen to it:::
ALPHA BETA GAMMA DELTA by eyemachinerecordings


the B.A.R.M collective no longer operates as such. the 4 core members of the group (captain+c russell from brain +andy +nick from smile bomb) still improvise together under the ensemble moniker "Those Responsible" along with several other collaborators. more to come..

Posted by Captain Missouri at 6:11 AM